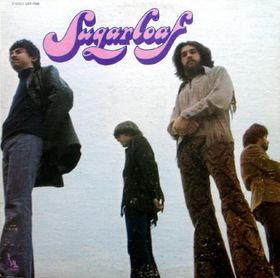 Sugarloaf was a Denver , Colorado based rock & roll band in the 1970s featuring Jerry Corbetta.
The band was originally known as Chocolate Hair. They changed their name to Sugarloaf, named after a mountain range in Colorado, when they received their first recording contract.
The 1975 album Don't Call Us, We'll Call You was a re-release of their 1973 album I Got A Song, with one of the tracks on the earlier album replaced by the title track of the later album, which had become a hit single.
They are best known for two songs, both of which hit the top 10 charts in the United States: "Green-Eyed Lady" in 1970, and "Don't Call Us, We'll Call You" in 1975. Other songs which charted on the Billboard Magazine top 100 singles charts were "Mother Nature's Wine" (1971), "Tongue in Cheek" (1971), and "Stars In Our Eyes" (1976). In addition, "West of Tomorrow" and "Myra Myra" were not hit singles, but received modest airplay at the time of their release on album rock radio stations.
The song "Don't Call Us, We'll Call You" is notable because it contained a practical joke at the expense of CBS Records, which had just turned them down for a recording contract. The song includes the sound of a touch-ton telephone number being dialed. That number was an unlisted phone number at CBS Records, and would have dialed that number had a telephone been held up to the speaker as the song played.
Jerry Corbetta later went on to perform with the groups Wild Cherry (best known for their hit "Play That Funky Music"), and Disco Tex and the Sex-o-Lettes (best known for their hit "Get Dancin'").

This password is incorrect. At least it doesn't work for me.
Great album that I'd love to hear again!